The One Book, One Community Committee has selected March, Book One by Congressman John Lewis for the 2018-2019 school year. This guide is to assist students in researching civil rights, social justice, graphic historical novels and/or other related issues.

Sections of this guide will periodically be revised.  If you need additional information and assistance, please call the SJC Librarians at 505-566-3256. 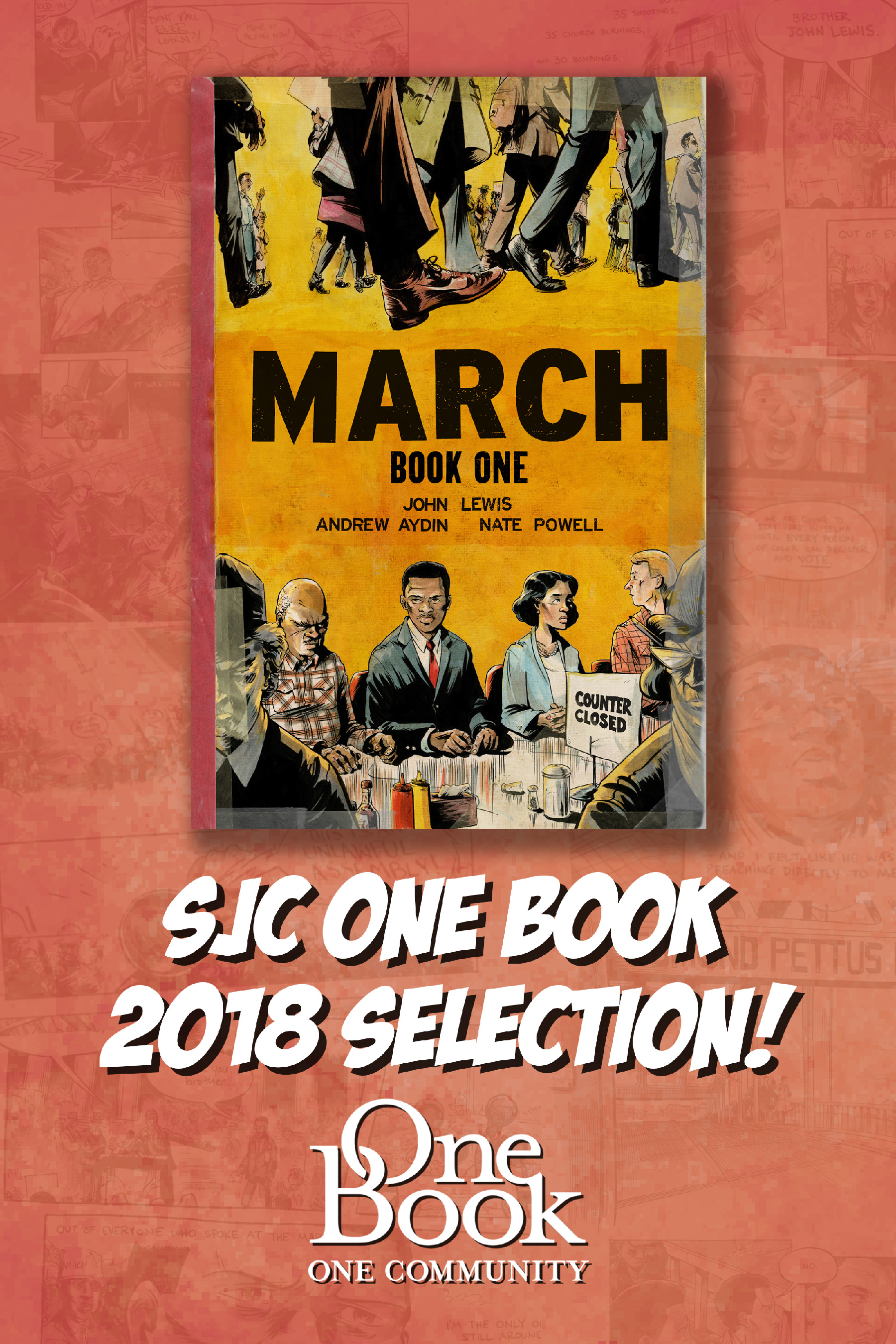